With a rise in the popularity of naturopathy and natural medicines, many people have been turning to natural plant extracts to organically solve their medical needs. When looking to heal a wound such as a cut or scrape, one of the most popular plant extracts is Calendula. Believed to have been used medicinally for over…Read Full Post

Vitamin C Serums: Can You “C” My Wrinkles?

The beauty and skincare market is currently a multibillion-dollar industry, with a staggering number of products claiming to prevent, slow, and even reverse the effects of aging.  Every year in an effort to appear younger, men and women spend significant amounts of money on beauty products aimed at reversing the signs of aging.  In this…Read Full Post

Sebcur®: Will Sebcur Secure Your Safety From Seborrhea and Dandruff?

Dandruff involves a long-term scaling of the scalp with occasional irritation, itchiness, and redness from ‘damage’ to the skin’s natural peeling mechanism1, 2 . It is a common skin condition that affects almost half of the adult population and does not depend on a person’s ethnicity or gender3.  One popular product for treatment of these…Read Full Post

Even though Halloween is months from now, one look in the mirror reveals your vampire-like oozing, swollen, red eyes want to play vampire!  Fear not, eye infections can be treated.  Here’s the scoop on the goop. Polysporin® antibiotic eye drops are a common over-the-counter product used to treat eye infections such as conjunctivitis (commonly known…Read Full Post

Witches and warts often have a starring role together in fairy tales, which creates the perception that warts are evil and ugly. The reality is that warts can affect anybody, are often harmless, painless and go away on their own. Warts are contagious, non-cancerous growths, usually on hands and feet, which are caused by the…Read Full Post 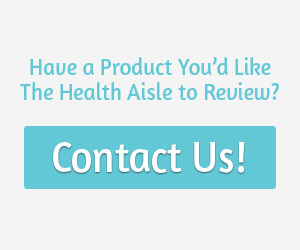 © 2020 The Health Aisle. All Rights Reserved